When I studied abroad in Japan years ago, I discovered that konbini (コンビニ), or convenience stores had a variety of plastic-wrapped sandwiches, similar to the Uncrustables brand in the United States.  Basically, the ingredients were shoved into a crust-less square of white bread, making your midday nibble very easy to clean up.

Whenever I got nostalgic for a sandwich, I’d try one.  It served a dual purpose– 1) I learned some Japanese through not knowing what the package said, and 2) reminded me that I should really be focusing on Japanese oyatsu (お八つ), or snacks.  (Helpful vocab check: サンド する (sando suru) means “to make a sandwich.”)

Though a few different brands exist, the most prominent one was  ランチパック, the “Lunch Pack.”  Yamazaki Baking started with the peanut flavor in 1984; that and egg have been their best sellers to this day.

Now, consider all of the sandwiches that you’ve eaten in your life.  There’s the egg with cheese and bacon, the BLT (bacon, lettuce, and tomato), pastrami, turkey club, meatball…all good.  Bread seems like a natural home for those ingredients.

Suddenly, you’re offered an all-expenses paid trip to Japan, with one caveat.  The only food that you can consume is a plastic-wrapped konbini sandwich.

Monty Hall is on the sidelines, egging you on.  You give in, take the trip, and begin to realize you may have chosen the wrong door.

We will start off easy.  Yamazaki Lunch Pack, peanut flavor.  Their top seller, and approachable to various palettes.  It’s really more of a peanut cream as opposed to a peanut butter, but the most important aspect is that bread + peanuts = fine and dandy. 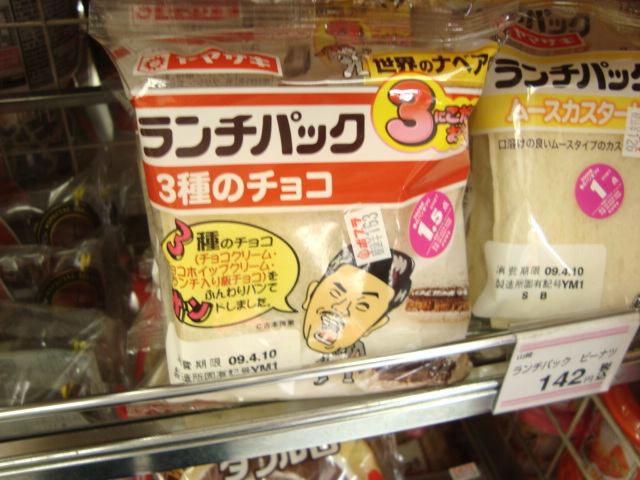 But they don’t generally use white bread.  Still, it could be worse.

キャラメル板 チョコ & ホイップ/Caramel chocolate bar and whipped cream.  The flavor combo sounds good, but doesn’t it sound a lot better at a patisserie, on a flaky crust?

Rather, who craves this?  I should probably save that question for the next four entries.  Whoops.

Traditional Japanese desserts are generally made with sweetened glutinous rice (求肥/ぎゅうひ) and bean paste; one of the most famous ones is called daifuku, or 大福.  I find Japanese sweets, or 和菓子 (wagashi) to be rather monotonous, though I do like that they are intended to be consumed in tandem with green tea.

Though, stuffing glutinous rice into bread and whipped cream?  Pass. 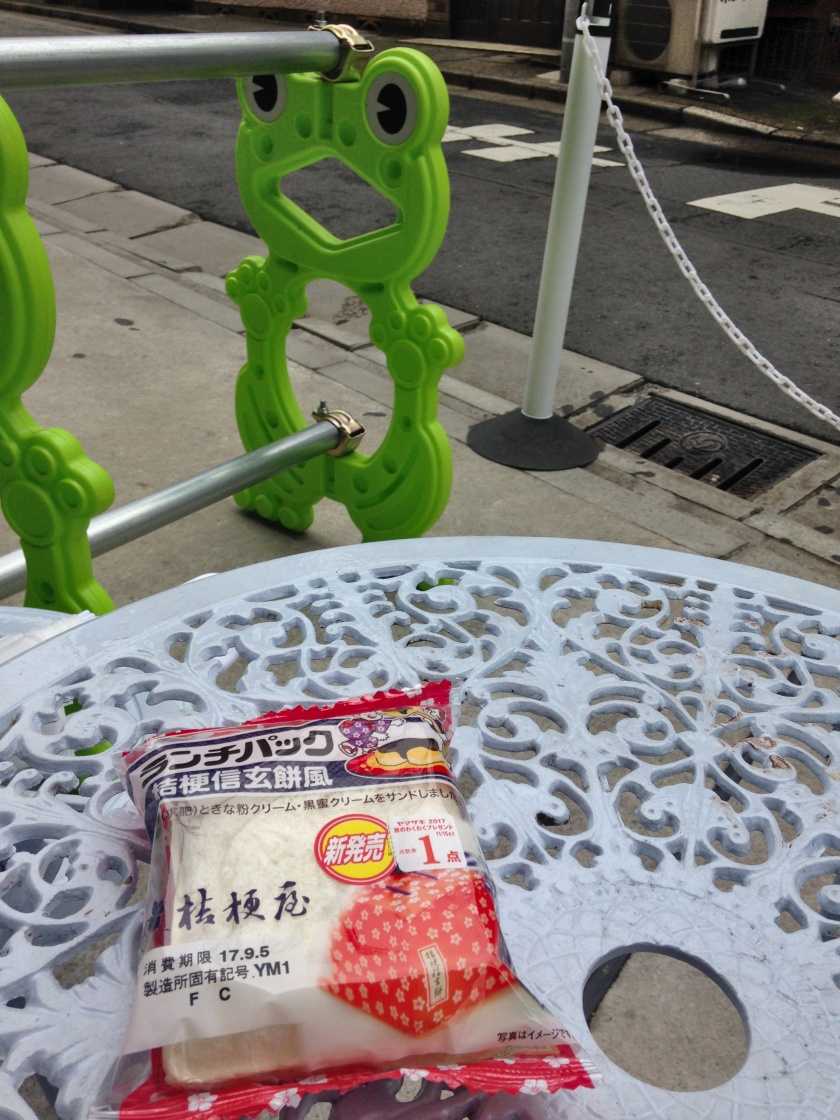 If you saw mochi and guessed that glutinous rice was part of the deal, then you’re right.  It also contains kinako, roasted soybean flour, and kuromitsu, black sugar syrup.  So, where’d the flavor originate?

Kikyou is the Japanese word for “balloon flower,” or “Chinese bellflower.”  Although in Northeast Asia it’s a common cough suppressant, the name here refers to that flower being used as an historic crest of the Shingen clan.  Shingen Takeda was a powerful leader during the Warring States period in the 1500s. Furthermore, his family name was apparently borrowed for a type of cloth bag called the shingenbukuro, which is the image you see on the plastic wrapper, the very same one that would ordinarily wrap the dessert inside of this bread.

And it’s a food in itself, made of fried tofu. 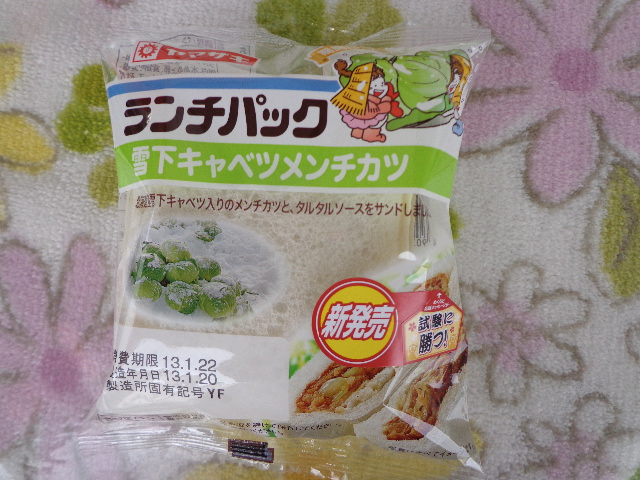 This flavor of Yamazaki Lunch Pack takes cabbage that has been stored beneath the snow – as opposed to in the fridge – specifically from Inawashiro (猪苗代町), in Fukushima prefecture, northern Japan.  Then, it’s added into a fried minced pork cutlet with tartar sauce.

On a nice baguette, that sounds reasonable.  The type I tried?  Not again.

Due south of Tokyo lies the relatively small Miura peninsula, in Kanagawa prefecture.  Whereas they’re also known for watermelons – don’t get any ideas, Yamazaki – Miura pumpkins are famous throughout Japan.  This bread pocket has a fried croquette made of pumpkins and onion dressing.

Which of the above would you most/least want to try?